RIGHT TO BE FORGOTTEN: A LEGAL RESEARCH GUIDE 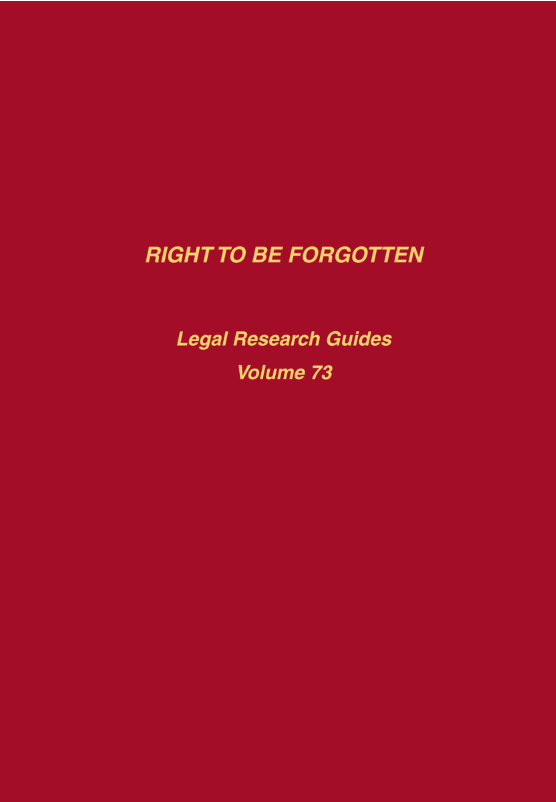 The "right to be forgotten" is a brand-new legal concept. Also known as the right to erasure or to be delisted, the right to be forgotten came into legal existence when the European Court of Justice (ECJ) handed down its decision on May 13, 2014 involving a dispute between a Spanish man suing a Spanish newspaper and its website and Google Spain. The EJC's decision has struck a chord in the Internet age. Due to the recent birth of this legal right, and its European genesis, there is a paucity of primary resources centering on the United States, including federal and state statutory law. Indeed, most of the listed resources are secondary in nature. Law review articles are quite numerous on the right to be forgotten. They provide the majority of resources on this subject matter, along with newspaper articles.