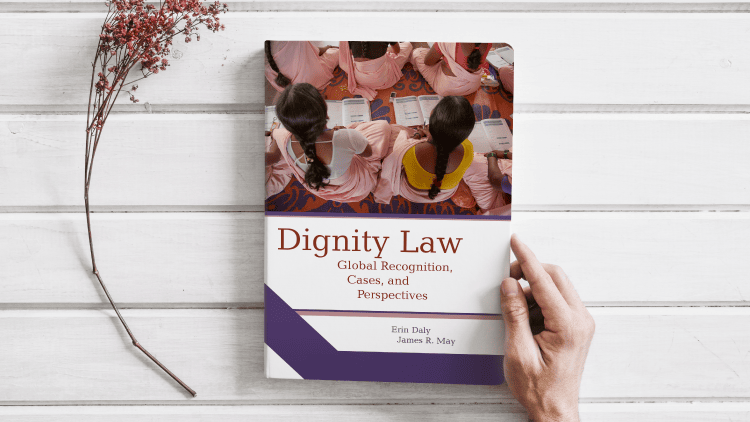 Today we are featuring a guest post by Erin Daly and James R. May, authors of the acclaimed title Dignity Law: Global Recognition, Cases, and Perspectives. 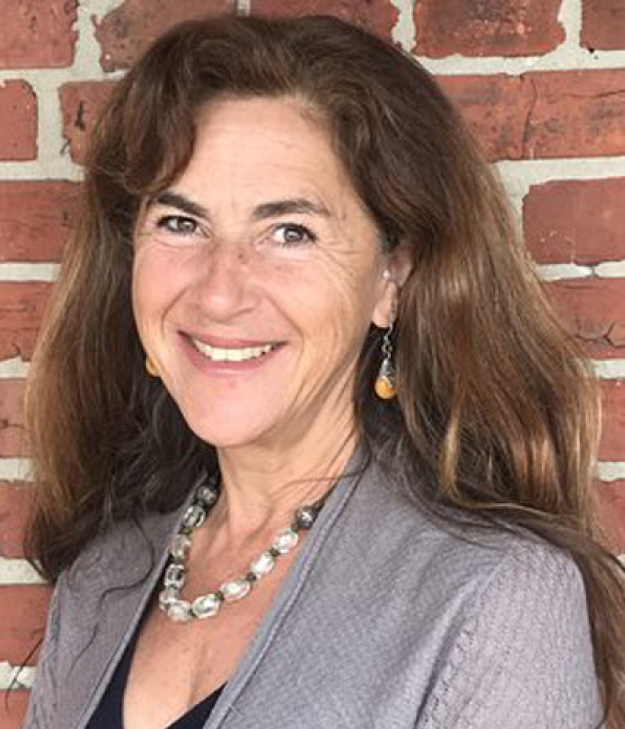 Erin Daly is Professor of Law at Widener University Delaware Law School, where she served as Interim Dean from 2013 to 2015 and currently directs the Dignity Rights Clinic. She is the author of the groundbreaking book, Dignity Rights: Courts, Constitutions, and the Worth of the Human Person (Penn, 2012, 2020), and she serves as the President and Executive Director of Dignity Rights International, a non-profit organization dedicated to advancing the dignity rights of every person, everywhere through education, advocacy, and consultation. 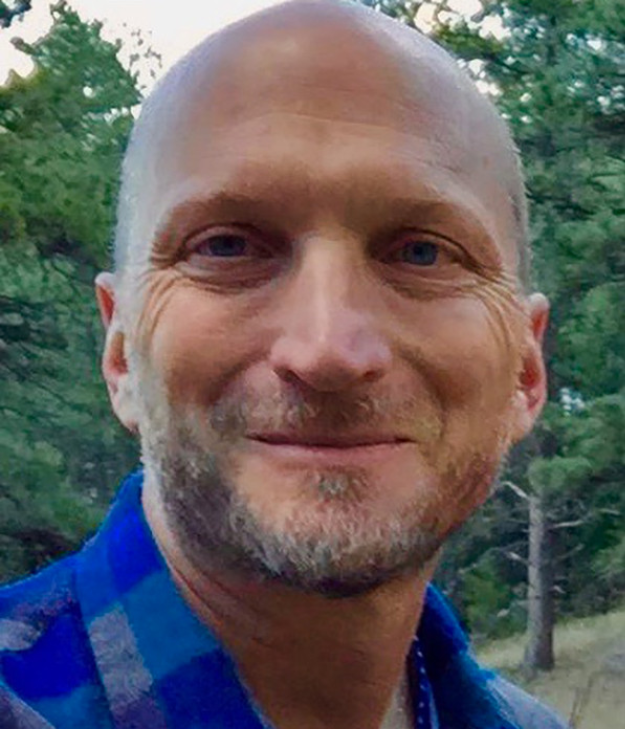 Professors May and Daly are the co-authors of Advanced Introduction to Human Dignity and Law (2020) and numerous articles and chapters about dignity law.

Daly and May are drawn to the idea that human dignity underlies all human rights law – and indeed all of law — because the ultimate purpose of law is to enable people to live fuller, more productive, and happier lives. Since the dawn of the human rights era, in the aftermath of the Second World War, when the international community recognized the inherent dignity and equal worth of every member of the human family, countries around the world have incorporated the protection of dignity in their constitutions and throughout their legal systems: now, more than 160 constitutions recognize human dignity, and courts in every part of the world and from every legal tradition are protecting it. There are also thousands of cases that engage dignity law concerning every aspect of the human experience, from sexual norms to incarceration to voting to climate change. This rich jurisprudence, spanning the global south and the global north, resonates in Jewish, Muslim, Christian, Hindu, Buddhist, and secular traditions because, ultimately, it recounts the value of the human person, in relation to others. What could be more interesting?

The foundational place of dignity as law demands that educators offer students the opportunity to understand that, as the Peruvian Constitution says, “The defense of the human person and respect for his dignity are the supreme purpose of the society and the State.”

For more than five years, Professors Daly and May have offered students the opportunity learn – and contribute to – the growing body of dignity law in both doctrinal and experiential courses. Using this casebook, they have taught Dignity Law as 1- and 3- credit courses to law students at several universities. (The casebook offers a teachers’ manual, and Professors May and Daly are available to discuss teaching the class with interested professors.)

To encourage students to participate in the shaping of dignity law, they have also developed a Dignity Rights Practicum that has now blossomed into a Dignity Rights Clinic. These experiential courses offer students opportunities to collaborate with partners – usually local, regional, or global NGOs – on projects with real life impacts, aimed at developing and advancing human dignity. Experiential projects have included a partnership with the UN International Organization for Migration to develop a Conceptual and Policy Framework for Migration with Dignity, a Petition to the Inter-American Human Rights Commission to advance the environmental justice and dignity rights of impoverished children in Haiti, and a collection of essays about dignity in diverse practice areas of American law for the American Bar Association’s Dignity Rights Initiative, on whose Advisory Board Professors Daly and May both sit. Students have also developed Dignity Handbooks for Judges and for Civil Society; this year, students are working with the National Lawyers’ Guild to develop a Handbook for Dignity in the Criminal Justice System.

The casebook is designed both for seasoned teachers of human rights and for teachers newer to the subject. Because the field of dignity law is new, global, conceptually deep, unusually broad, and evolving at a rapid pace, the casebook includes several innovative features designed to lead teachers and students who are new to the field.

The book is divided into five Units. The first Unit provides an overview and introduction to the field, while the following four Units present the vast jurisprudence of dignity into four principal areas. Each Unit begins with a 1-2 page overview of the materials.

Unit One
Unit one provides a conceptual and practical overview of the subject matter. It includes materials about the very definitions of dignity, perspectives from different cultural and religious perspectives (the West, Asia, Islam, and the African concept of ubuntu), and a history of the evolution of the recognition of human dignity in International Human Rights Law and into the constitutions of most nations on earth.
Unit Two
Unit two begins the presentation of the jurisprudence of dignity. It begins with cases about the most fundamental questions: what is a human being? What does it mean to be human? And why are humans so special? Cases in the following chapters illustrate how courts have dealt with the tension between dignity and freedom (cases about freedom of movement, freedom of choice, control over information), the dignity-based need to define and control one’s identity (cases about gender identity and important life decisions), and the relationship between dignity and equality (cases about discrimination and affirmative action).
Unit Three
Unit three presents cases involving social and economic rights and how we “live with dignity.” These cases are especially important because they concern the material aspects of a person’s life, but they are challenging for courts because of their social, economic, and cultural implications. These cases involve shelter, health, education, economic security, dignity for people who migrate from one country to another, environmental conditions including the dignity implications of climate change, and dignity rights to culture.
Unit Four
Unit four concerns the dignity of individuals who are in particularly vulnerable situations and therefore entitled to the special attention of the government. The first chapter in this Unit concerns people who have mental or physical conditions that impair the full exercise of their dignity rights (due to age or limited ability), and those who have been abused or harmed by others. The second chapter shows how courts have imposed on states special obligations to respect and protect the dignity of those who are interacting with the Criminal Justice system.
Unit Five
Unit five addresses the place of human dignity in a democracy; in these cases, courts have obligated governments to provide meaningful opportunities for democratic participation and to recognize the ramifications of citizenship in order to respect the human dignity of all. This material is presented in the cutting edge framework of participatory democracy.

A conclusion, which teachers may want to read before teaching the class, draws together many of the themes elucidated in this growing, evolving, and exciting area of law.

We hope you enjoy engaging in these materials as much as we have! 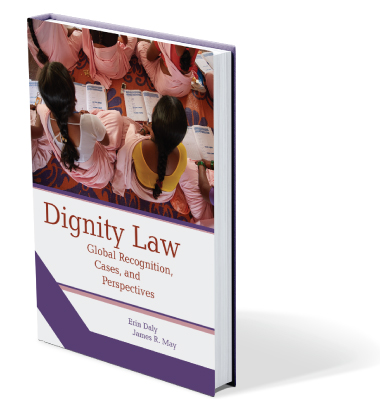 About the Dignity Rights Project 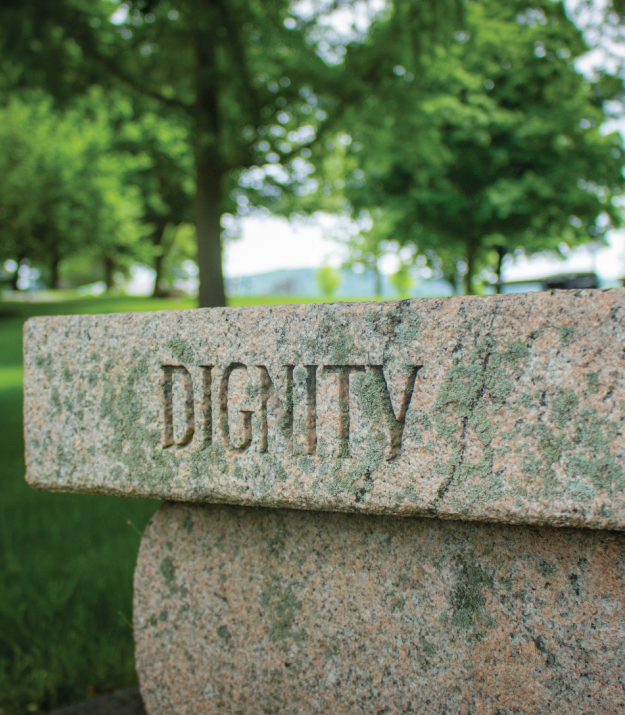 The Dignity Rights Project from Delaware Law School at Widener University sets dignity in action through public and professional education, advocacy, and support for high-impact lawyering. It works with legal, academic, non-profit, and community-based organizations in all parts of the world to advance knowledge and capacity-building around the human right to dignity.