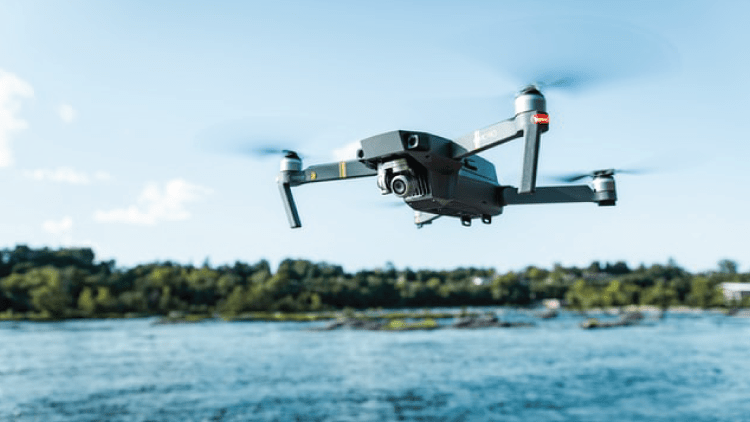 Today we are featuring a guest post by Carol A. Fichtelman, author of the best-selling title Drones: A Legal Research Guide.

Ms. Fichtelman is a lawyer and writer who currently lives in St. Louis, Missouri. She’s practiced law since the 1980s as a public interest attorney specializing in government benefits and finding lost pensions for low-income and elderly clients. Fichtelman has authored a total of four legal research guides for Hein, Prisoner’s Rights, Right to be Forgotten, Drones, and Campaign Finance Law.

About Drones: A Legal Research Guide

Fichtelman remarks, “this Legal Research Guide topic came about through the suggestion of Hein Editor Sheila Jarrett. Despite this subject matter being very au courant, drones or unmanned aircraft (UA), also known as unmanned air vehicles (UAVs), have existed since at least 1849 when an unmanned aerial hot-air balloon filled with explosives was used by the Austrian government to attack Venice, Italy. The history of unmanned aircraft vehicles, defined as an aircraft without a human pilot aboard (see page one of the LRG), is delved into in the Introduction/Overview. However, though there is no human pilot aboard the aircraft, there is a ground-based controller or operator and a system of communications established between the controller and the drone in order to operate the drone.

Thus, it appears that drones have been utilized for military purposes for quite some time. In addition to these military uses, unmanned aerial vehicles have many other uses or purposes—some benign, some not. This reference resource sets forth the many uses of unmanned aerial vehicles and the local, state, and federal laws, rules, and administrative agencies governing drone usage. Other than military usage, other ways unmanned aircraft are used include:

This legal research guide is designed and written for all operators and users of unmanned aircraft vehicles from the hobbyist to commercial operators, government officials, law enforcement officers, and those seeking information on the certification, legal use, and operation of drones within the United States.

An example of the importance of this legal research guide is its detailed discussion and listing of the federal and state agencies involved in the registration and certification of drones. For example, the guide lists the three main U.S. agencies responsible for overseeing and regulating drones:

This book is a complete guide to drones. In addition to referencing applicable federal, state, and local laws and regulations, agencies, and some case law, secondary resources regarding drones are plentiful. From organizations and blog websites, such as DroneGuru or Know Before You Fly, to books, newspaper, and magazine articles, are; all the legal reference resources one could want.” 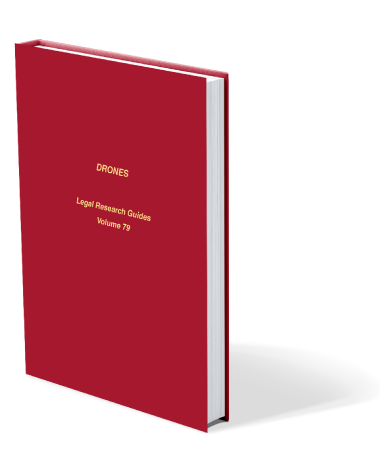