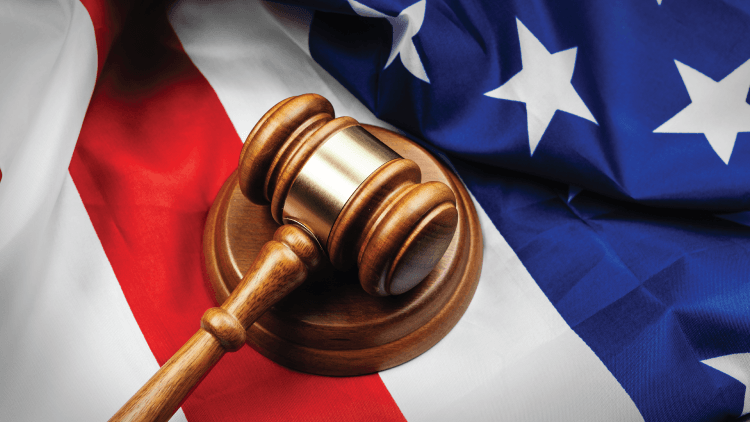 This week we are featuring a guest post by Ron Sievert, author of the renowned title Cases and Materials on U.S. Law and National Security, 4th Edition.

Professor Sievert graduated from St. Bonaventure University in 1970, served four years as an Army officer, and graduated from the University of Texas School of Law in 1977. He started with the Jefferson County District Attorney’s office and was soon appointed Chief of the Criminal Trial Court. He joined the US Department of Justice in 1983. After trying several major violent crime, corruption and fraud cases, he was named a DOJ Senior Litigation Counsel, Chief of the Criminal Division of the Eastern District of Texas, Chief of the Austin Division of the Western District of Texas, and DOJ Assistant Director in Charge of the evaluation of all of the nation’s U.S. Attorney’s offices.

In 1990 he was assigned to DOJ’s National Security Working Group and as an International and National Security Coordinator for the Department as well as legal advisor to the Central Texas Counter-Terrorism Working Group (INSC). As INSC he worked closely with the FBI and U.S. intelligence agencies on both international and national security-related cases, trained federal prosecutors, and traveled to Kosovo, Qatar, Israel, and England to teach foreign judges and prosecutors and investigate international and national security matters. He began teaching at the FBI Academy and U.S. Department of Justice Advocacy Institute in 1985. In 2000 he took a leave of absence to teach National Security Law and Federal Criminal Law at the University of Texas School of Law and has continued teaching as an adjunct professor at UT Law while teaching National Security Law and International Law full-time at the George H.W. Bush School of Government. He has received several awards for his work, including the Department of Justice Directors Award for Superior Performance on two occasions and awards from several government agencies. He has published two books, Cases and Materials on U.S. Law and National Security (2000, 2nd ed. 2006, 3rd ed. 2012, 4th ed. 2018) and Defense, Liberty, and the Constitution (2005). Sievert has also published many law review articles on legal issues related to national security, such as War on Terrorism or Civilian Law Enforcement Operation, Comparing Electronic Surveillance in Europe with the U.S., and Is It Time to Create a UN Emergency Peace Force.

Why Write about National Security?

“I worked as an active trial attorney and Division Chief for the Department of Justice and U.S. Attorneys Office for 25 years starting in 1983. By the 1990s I had started to focus on national security cases, and this led to a leave of absence to teach national security law at the University of Texas Law School in 2000. I decided to write the first edition of my casebook at that time because even then it was obvious we were facing increasing foreign threats related to espionage and terrorism as well as internal threats linked with domestic militias and hate groups.  At the time there were few books on national security law designed for law school use and, because those that had been published were written by career academics, there was virtually nothing that connected theory with the actual practice of law that was so important to us in the Department of Justice. Accordingly, I tried to write the book from a realistic practitioner’s perspective with an eye to current events and what would likely be impending issues in the future.”

“By 2006 National Security Law had, of course, become a matter of daily public discussion as after 9/11 we were engaged in a debate about the proper response to terrorism, the media’s disclosure of classified information, civilian trials versus military commissions, torture, the President’s war powers, and the use of electronic surveillance. New legislation such as the Patriot Act, the Homeland Security Act, Bio-Terrorism Prevention and the Authorization for Use of Military Force had been passed, and the Supreme Court had weighed in with a number of dramatic decisions. The debate, however, often based on media sound bites and special interest presentations, did not reflect a true understanding of the law, procedures, or court rulings. It was clearly time for a second edition. Somewhat surprisingly, after years of attacks on Bush policies, the Obama administration made no effort to significantly change the Patriot Act, delayed closing Guantanamo, and made only minor changes in rendition policy and the Military Commissions Act. At the same time, we aggressively pursued spies recruited by China, targeted homegrown terrorists, increased drone attacks, and bombed Libya without congressional authorization. These events, and a new historical perspective based on eleven years of important court decisions, necessitated the publication of a third edition in 2012.”

“I wrote the fourth edition because as of 2018 it still appeared that most of what was written on this subject was fine for the Solicitor General, Supreme Court, and career academics, but there was little for the student who was soon going to have to draft or approve a request for a search, wiretap, or a complex indictment, or interrogate a subject and initiate a foreign search, arrest, and extradition. In addition, government and private attorneys will now have to navigate the complex new law relating to transponders, cell-site simulators, cell phones, personal computers, and drones. At the same time, the questions of congressional versus executive war powers need to be understood by all future leaders.”

“In addition to my work on this case-book, I have written a number of law review articles that are available in HeinOnline. These articles are directed at subjects that I see as likely to become important future issues for congressional and executive decision after input from an informed public. Thus I have recently written on FISA with the intent to loosen its structures when surveillance is targeted against those attempting to employ a WMD, military commissions versus civilian trials, a reformulated Nuclear Non-Proliferation Act, and arguments in favor of joining the International Criminal Court.”

The book highlights the basic fundamentals of National Security and Homeland Security Law for law students, attorneys, and master’s students, as well as federal agents who intend to practice in this area or handle national security cases. Its selection of materials focuses on content related to the concrete daily problems confronted by agents and line attorneys handling national security cases in order to help students and attorneys who might soon have to draft, approve, or critique a request for a search, wiretap, or complex indictment. Key issues covered also include interrogation, domestic search and seizure, foreign searches, suspect arrest and extradition, and coordination of processes with military and intelligence communities. The material will also help government and private attorneys navigate the complex new law related to transponders, cell-site simulators, cell phones, personal computers, and drones. Finally, the last section on congressional versus presidential war powers covers an important area, still unsettled, whose underlying tenets should be understood by all potential American leaders.

New to this edition are important recent cases, including Humanitarian Law Project v. Holder, Jones, Riley, Carpenter, Rigmaiden, Cotterman, Aldawsari, and Mohamud. Many of these relate to foreign and domestic electronic surveillance. There are new sections on border and immigration law and on the biological hazard threat, as well as updated sections on war powers to cover President Obama’s and President Trump’s actions in the Middle East and on the utilization of drones and satellites against U.S. citizens.

“Anyone with a professional or personal interest in counterterrorism, espionage, or counterintelligence will find Sievert’s Cases and Materials indispensable reading”