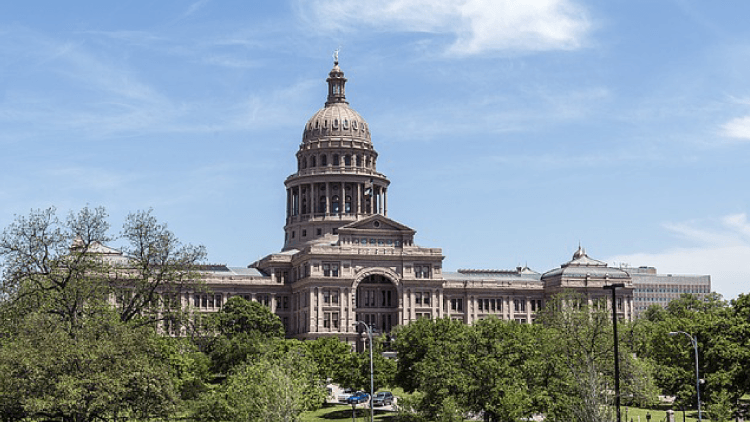 About the Fourth Edition

This practical manual covers not only traditional areas of legal research (such as cases, court rules, statutes, and regulations), but also includes research instruction for more practitioner-oriented items, including the following: jury instructions; civil jury verdicts and settlements; briefs, records, and oral arguments; attorneys general opinions; professional responsibility sources; and Texas practice materials. It updates the references to print and online sources throughout the text to reflect current editions, and instructs readers how to provide proper citations to legal materials according to the 20th edition of the Bluebook and the 14th edition of the Greenbook. This book is intended for law students, attorneys who practice law in Texas, and the many thousands of additional individuals who engage in legal research in a practical setting.

Brandon D. Quarles is Director of the Law Library and Professor of Law, Baylor Law School. He received degrees from Southwestern University (B.A., 1990), University of Mississippi School of Law (J.D., 1993), and the University of North Texas (M.L.S., 1995). He has co-written all editions of Researching Texas Law as well as multiple book chapters and articles. He is a member of the State Bar of Texas, McLennan County Bar Association, American Association of Law Libraries, and Southwestern Association of Law Libraries. He has served as chair of the self-study process for a number of ABA accreditations/AALS membership reviews of Baylor Law School. Quarles also serves as faculty advisor for the Christian Legal Society. He received the 2005 Outstanding Alumni Award from the University of North Texas School of Library and Information Sciences.

Matthew C. Cordon is Professor of Law and Director of the Legal Writing Center, Baylor Law School. In addition to being the co-author of all editions of Researching Texas Law, he is the author of Legal Analysis, Research, and Communications (Top Hat Education Software, 2018, rev’d and updated quarterly), has written law review articles and book chapters, and is a contributing author to American Law Yearbook, among others. He earned a national award for Outstanding Article by the American Association of Law Libraries in 2004, and he has twice been named Outstanding Professor by Baylor University, once in the category of scholarship (2004) and then in the category of teaching (2019). Cordon has also received young alumnus awards from both Central Methodist University and the College of Information at the University of North Texas. He received degrees from Central Methodist University (B.S., 1994), Texas Wesleyan University School of Law (now Texas A&M) (J.D., 1999), and the University of North Texas School of Library and Information Sciences (now College of Information) (M.S., 2001). 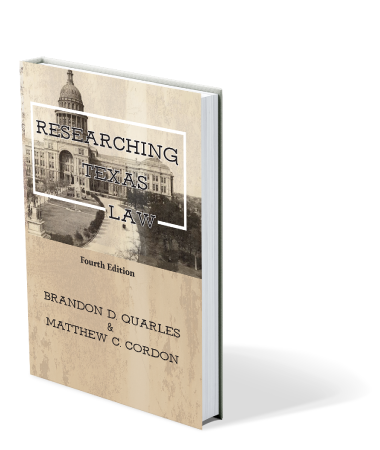