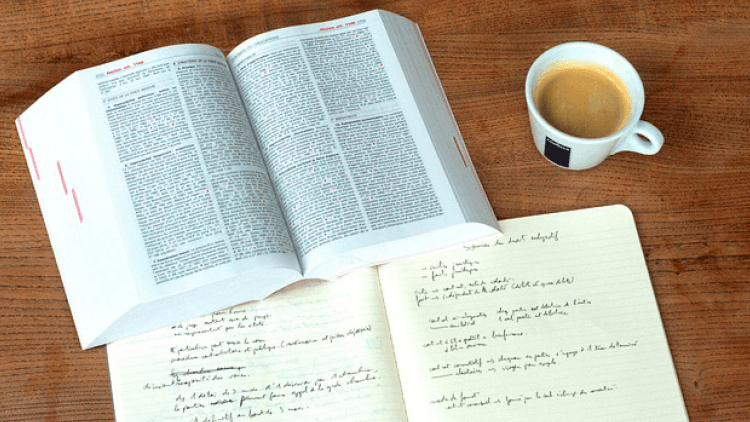 This week we are featuring a guest post by Carol A. Fichtelman, author of the top-selling title Right to be Forgotten: A Legal Research Guide. 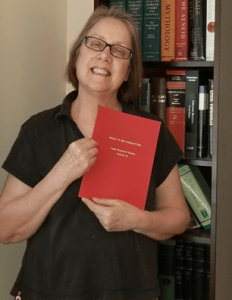 I always wanted to be a writer. As a kid, I wrote “my little stories” about this and that. Stories I later learned were called mainstream. I also wrote science fiction, a genre I really love, yet I never desired to have my “babies” published. Just a poem I crafted for some Girl Scout event was ever seen by the public.

So when I went to college, it never even crossed my mind to become a writer. Actually, back in the early 1970s, earning a degree in writing, such as a BFA or MFA, wasn’t popular like it is today. But history and languages were my love, so I ended up majoring in history, taking more than two years of Russian language and literature, and as a capstone in my senior year I traveled and studied in what was then known as the Soviet Union.

But what could I do with a history degree? Faced with a choice between graduate school in Russian or attending law school, I selected law school. Too many of my friends and fellow Russian students knew the language better than I ever would! And I needed to support myself and make a living. And that is what I did: I became a legal aid attorney, representing older clients having difficulty obtaining benefits, including Social Security, Medicare, Medicaid, Black Lung, and also helping retired workers and their survivors by tracking “lost” pension plans from former employers.

About Right to Be Forgotten:
A Legal Research Guide

When I stopped practicing law, I searched around for projects to keep me busy. Naturally, I fell back on my first love: writing. In addition to short stories, which I started submitting for publication and writing contests, I wrote articles for state bar journals and practitioners’ guides on Black Lung benefits and tracking “lost” pension plans. My husband, Philip C. Berwick, a retired associate law school dean, and law librarian, led me to Sheila Jarrett, an editor at Hein. He had been doing projects for Sheila and he recommended I contact her.

The Publication team at Hein selected this topic. After completing my first Legal Research Guide, on prisoners’ rights, I next tackled this topic. So what is this right to be forgotten? Let me quote directly from the book (minus the footnotes and with some judicious edits).

The litigant, a man named Mario Costeja González, had “complained about some pages originally published in January and March 1998 in a Spanish newspaper (and later republished on the Internet)” about a “government-ordered real estate auction … to recover … debts that he owed.” González stated that when his name was searched on the Internet, this auction and his debt still appeared, even years later, thus infringing on his right to privacy. However, the ECJ judges ruled “that the paper can leave the information on its website, but that Google has to remove the links to those pages from its index.”

The EJC’s decision has struck a chord in the Internet age. Thus, “when the right to privacy collides with the right to freedom of expression” it is apparent that “the right to privacy wins” and that in Europe there is a right to be forgotten that “applies to search engines but not to news websites … or other journalistic endeavors.…” However, … this right to be forgotten … “stunned many American Internet companies” including Larry Page, founding CEO of Google who “found the right to be forgotten ruling impractical” since it forces it “to decide what” constitutes “private information and what” does not. [Still] Google ended up creating an online system whereby a claimant requests erasure, which “undergoes a manual review” and if rejected, an appeal to a supervisory or judicial authority can be made.

As the book points out, this right to be forgotten is a new legal right in the European Union. But, despite its European genesis, the right to be forgotten is slowly making inroads in the United States. This book explains this new legal concept. Moreover, it is an integral source to anyone (lawyers, businesses, online or print newspapers and journals) doing business in the European Union as well as anyone involved in the Internet, here or aboard. Of course, that means everyone! 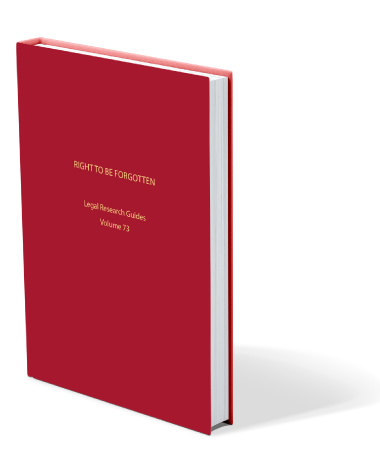