But the Practice of Law Begins Now! 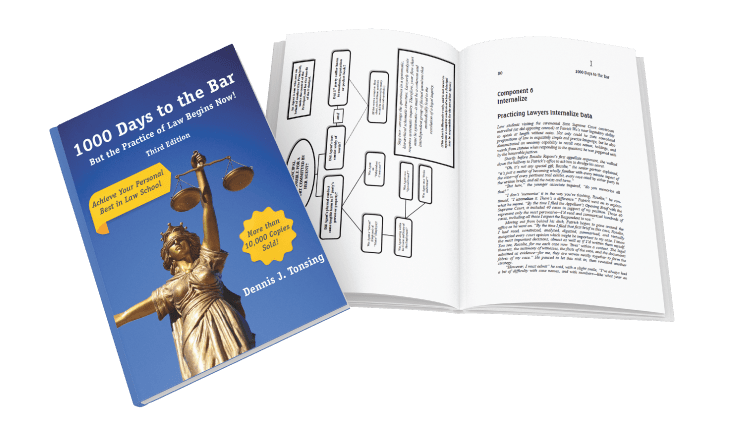 Originally published in 2003, with a second edition released in 2010, 1000 Days to the Bar, But the Practice of Law Begins Now! has helped thousands of law students in their quest to achieve their personal best. How?

By explaining to them how to use law school as a training ground for the professional practice of law.

Within these pages, students will discover how to:

1000 Days provides hundreds of practical tips to help law students make every day in law school serve as a small, but essential step in the direction of the successful practice of law. From class preparation, to notetaking, to studying for exams, this book offers valuable material in a crisp, readable style, all in an effort to help law students perform at their personal best—both in school and beyond.

If you want to achieve your personal best in law school, it is imperative that you hit the ground running on day one. Why? Because the GPA you attain in that critical first semester is remarkably important with respect to the opportunities that lie ahead. A poor showing in the fall semester will take five more semesters to overcome, and irrevocably cuts off your chance to finish near the top of the class.

That’s looking at the law school experience from the “grading” or “class rank” point of view—a very important consideration.

But look at it this way: each day of law school ought to be devoted to becoming the kind of lawyer you would hire if your personal freedom were at risk…if you were accused of a felony you did not commit; if you were facing a corporate meltdown that could be avoided; or if your child were in legal trouble.

Those who consider their days from law school orientation until the bar exam as merely “school” may be good students. Those who approach those 1000 days as “practice” for the real thing will be good lawyers.

Dennis Tonsing’s two decades as a California litigator provide the essential platform for his message to law students across the country – when you begin law school, you are beginning the “practice of law.” School’s over. Those who consider their days from law school orientation until the bar exam as “school” may be good students. Those who approach those 1000 days as “practice” for the real thing will be good lawyers.

That is the message he has delivered to thousands of law students, starting with his developing and directing the first Academic Support Program at Vermont Law School. Following his years at Vermont, he initiated and directed the Academic Support Program at Roger Williams University in Rhode Island, where he also served as Dean of Students. During the years 1999 to 2007, he was a sought after speaker at law schools, workshops, and seminars around the country.

In 2007, he moved to South America, where he continued teaching U.S. law students online, helping them sharpen their skills, excel on law school exams, and pass the California State Bar Examination. After living for eleven years in Uruguay and Ecuador, Dennis Tonsing currently resides in Arizona, where he serves as an adjunct faculty member at St. Francis School of Law, and a Distinguished Core Part-Time Professor at JFK School of Law at National University. 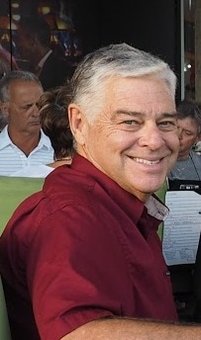